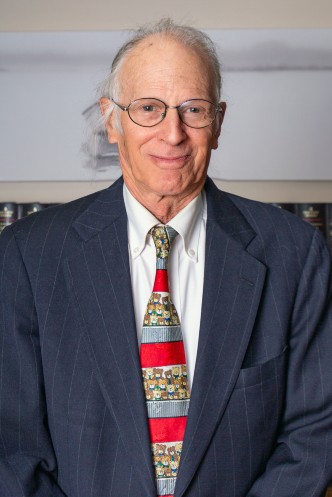 Bob is Of Counsel to the Firm.

Following two years of service in the Army during the late 1960’s, he practiced with Pine Tree Legal Assistance until 1976, devoting the majority of his efforts to welfare and civil rights litigation in both state and federal courts. Since 1977, the majority of his work has been in the fields of intellectual property, compliance & defense work business clients, and probate litigation. Bob has argued cases in state and federal courts at both the trial and appellate level in Maine and elsewhere. He participated in two cases before the United States Supreme Court. Bob also does occasional mediation. He has served as an expert witness in a number of attorney malpractice cases. He does volunteer work for tenants in eviction court, a continuation for 40+ years of his work in that area at Pine Tree Legal Assistance.

Bob’s commitment to improve the legal profession has evidenced itself in his membership and former presidency of the Edward T. Gignoux Chapter, Inn of Court. He served as a member of the Grievance Commission of the Maine Board of Bar Overseers for six years. He has worked on two different committees of the Maine State Bar Association that were actively involved in the drafting of new comprehensive statutes governing administrative procedure and post-judgment enforcement. Bob currently is a member of the Intellectual Property Law Section of the Maine State Bar Association and an inactive member of the State Bar of California; he is also admitted in the Western District of Texas. Bob’s community involvement included serving as a past Member of the Board of Directors and past President of the Portland String Quartet. He also fishes and skis as time permits.

Bob is married with grown children and eight grandchildren. He resides with his wife, Louise Davis, in Portland, Maine.

My then teenage daughters gave me a pin that says “Famous Lawyer,” when I was too full of myself.  I wear it occasionally.