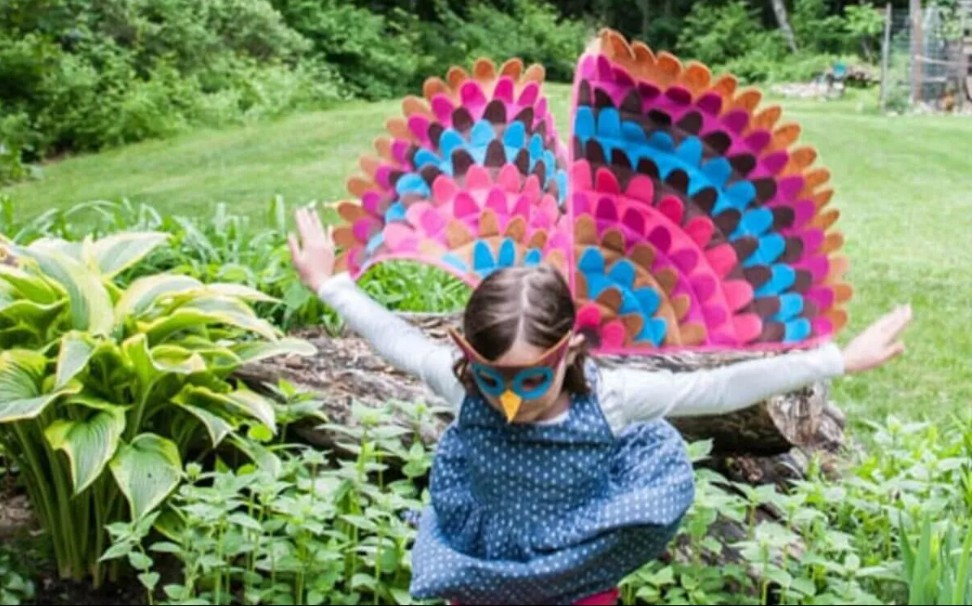 A Gray woman who successfully turned her costume-making skills into a business has accused three of the nation’s largest online retailers of undercutting her and violating copyright law, by using her photos to sell cheaper knock-offs of her costumes.

Ellen Okolita, 41, began making costumes out of felt in 2014 after her children asked to be a flamingo and an owl for Halloween. She started a business the following year and, by 2020, she had sold more than 8,000 costumes to customers around the world, according to a lawsuit she filed last week in U.S. District Court in Portland. The business, much of it conducted through her Etsy shop, was supporting her family. 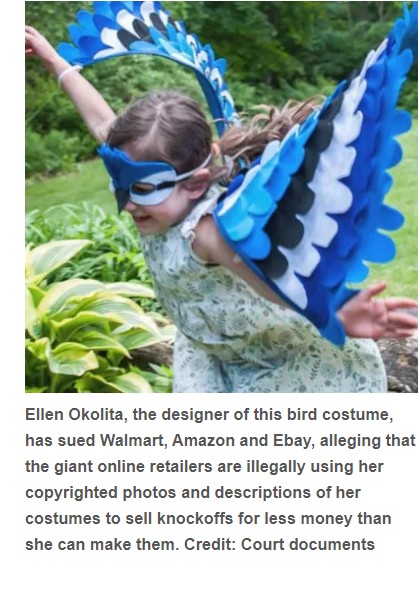 She’s accusing Walmart.com LLC, Amazon.com Inc. and Ebay Inc. of illegally using the photos she used to market her costumes as well as her descriptions of the costumes on their websites.

She is seeking unspecified monetary damages for her business losses, any profits the companies earned by illegally using the copyrighted material and an injunction that would force the retailers to improve their technology so that copyrighted material can be more easily detected and removed.

Okolita has sold her costumes through her Etsy shop using photos of her children modeling them. The costumes include birds, butterflies and other creatures with wings, according to her complaint.

She has copyrighted the photos and costume descriptions she has used to market her designs. Copyrights for the actual designs are pending, according to the lawsuit.

By the fall of 2020, her business had grown to the point where she was making 600 costumes in preparation for Halloween that year, with the help of three seasonal employees.

“Ms. Okolita’s sales of her creations to date would have been substantially greater but for [the] defendants’ misconduct,” the lawsuit said.

In August 2021, Okolita began to see copies of her costumes listed for sale on Amazon’s and Walmart’s websites, featuring copies of her copyrighted photos. The knockoff costumes were available on the national retailers’ website at a “lower price than Ms. Okolita could afford to charge.

“Ms. Okolitas’s sales dropped to a trickle, and her business has been severely diminished,” the complaint said. 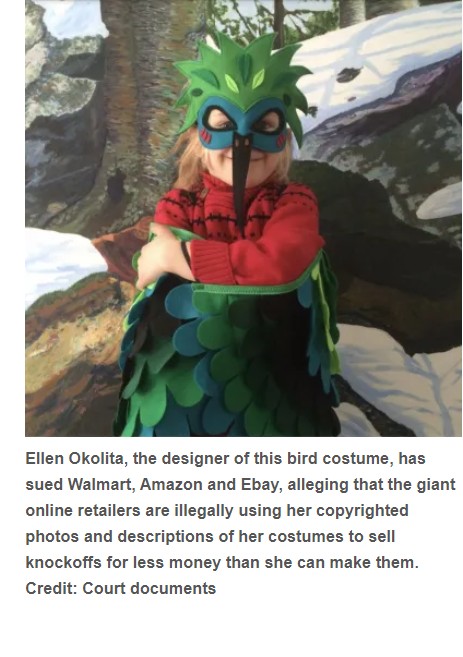 Most of Okolita’s costumes sell for $79 through her company Tree And Vine.

The lawsuit also accused the online retailers of making it nearly impossible for small business owners such as Okolita to force them to police their sites or to take “meaningful steps” to address copyright infringement.

The complaint also accused Walmart, Amazon and Ebay of “pursuing a deliberate strategy” of copyright infringement “because the sale of large volumes of merchandise by third-party vendors on their sites through the use of infringing materials results in more revenue, and more profit,” the complaint said.

Okolita’s attorney, James Haddow of Portland, did not immediately return a request for comment Monday. Efforts to reach representatives for Walmart, Amazon and Ebay were unsuccessful.